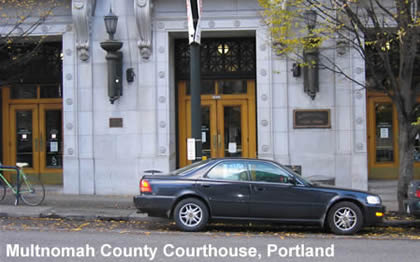 This page gives examples of the kind of cases that have been handled by Simmons Trial Practice. If you are looking for cases in general, you may want to go to the search page for Oregon Supreme Court and Oregon Court of Appeals opinions.

Trademark infringement action: Aggressive work on the facts and aggressive procedural steps resulted in a settlement that made several large corporate clients happy.

Contract dispute: Was hired after former counsel had lost client’s motion for summary judgment, and the record was inadequate and the Judge was angry. Changed the approach and resulted in settlement.

Trade secrets dispute: Hired after former counsel had lost a preliminary injunction hearing. Used aggressive manuvers, rearranged the battlefield and tailored presentations to the Judge. This resulted in the case getting back on track, and a reasonable settlement.

Contract dispute: Hired when clients decided the case was headed for disaster. Received case file with incorrect and unorganized discovery, impending trial and big exposure. Whipped the case into shape. When opposing counsel could no longer dominate, the case settled.

Contract dispute: Corporate client controlled by lawyer. Had sleazy opposing counsel from big law firm. Won prayer for relief in arbitration. In my experience, there is no happier client than a corporate attorney with a trial victory.